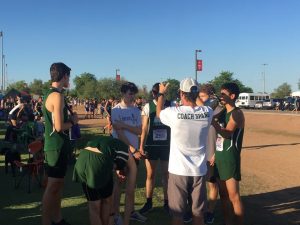 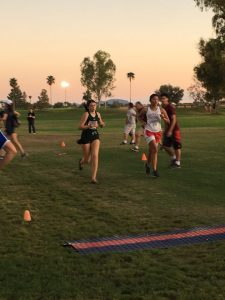 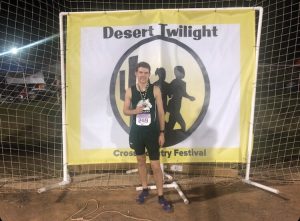 Most Arete runners competed in the 5,000m Small School Open Race. Wes Lanniuer shined for the boys, placing 2nd out of 382 runners. Wes crossed in a PR of 17:52. What an impressive race for the Charger Junior! Junior Logan Hansen also ran an impressive race, coming in at 19:08, good enough for 24th place. Daniela Iniguez was the top female finisher for the Chargers, placing 14th with a 20:02. Grace Stoops (21st) and Sara Tollen (23rd) finished just behind Iniguez.

Adam Whitehead ran in one of the night’s biggest races, the 5,000 sweepstakes permiere race. It featured some of the top runners in both the region, and country. Leo Daschbach from Highland HS won the race, in a blazing 14:14. Whitehead PR’d with a 15:39, placing him a very respectable 35th out of 220 runners. The premiere race featured runners across all divisions. Great race Adam!

Congratulations to all Chargers who PR’d and continue to #LeadTheCharge!